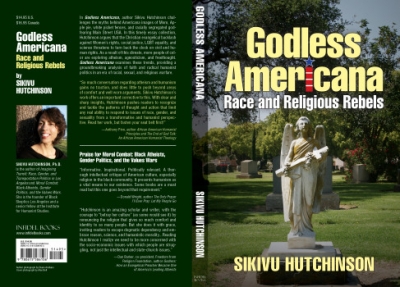 It’s a good time to be Christian in America. The dark dirty era of persecution has receded and being Christian, shouting it loud and balls to the breeze proud without the possibility of rebuke, is sexy. Ads from Internet dating sites like Christian Singles beckon during prime time, the Christian catch phrase “I’m blessed” has become a national bromide, and pop culture serves up Americana holiness in one big 14 carat crucifix. The hippest chicest celebs don’t leave home without megawatt crucifix bling, network TV dramas crown wayward white women “Good Christian Bitches,” and superstar mega preachers command 24-7 branding platforms on slick cable TV shows that hawk their latest motivational pap. Of course, there is nothing new about the latter; in the 1980s prosperity pimps like Jimmy Swaggart, Jim Bakker, and Pat Robertson parlayed TV evangelism into a multi-billion dollar industry. But twenty first century pimping is distinguished by its ubiquity, fueled by the Internet and a glut of religious cable stations that are more accessible to mainstream viewers. In the age of Barack Obama, the brute force revivalism of the Religious Right has made once benign issues like birth control partisan and even gotten the yellow-bellied mass media shrieking about the right’s “war on women.”

Still, the Religious Right has been practically virtuosic in its 2+2=5 mass doublespeak; convincing mainstream America that Christians are the new minority and that commie pinko “secular progressives” (Fox News talk show host Bill O’Reilly’s preferred “smear”) are at the helm of a socialist conspiracy. During the 2012 presidential race GOP candidate Rick Perry repeatedly played the Christian victim card in a desperate bid to remain relevant with the very same white evangelicals that courted him in the early stages of his candidacy. After flubbing the presidential debates his numbers plummeted and white evangelicals ditched him for Rick Santorum. Prior to the Iowa Caucuses Perry ran a series of ads boldly declaring that he was not “ashamed” to say he was a Christian. The most campy one was entitled “Strong” and featured Perry striding through the grass in full blown alpha male mode, inviting viewers to admire his impeccably feathered seventies soap star helmet hair and Iron John jaw. Perry blasts Obama’s “war” on religion, the indecency of allowing gays to serve openly in the military, and the prohibition on prayer in schools. Tellingly, the narrative that Christianity and Christian values are under siege by the first Black president is one of white evangelicals’ favorite fairy tales. Because of his blackness Barack Obama could no more be a legitimate Christian than Fidel Castro. During the campaign Rick Santorum even went so far as to vilify Obama as a suspect Christian touting a “phony theology not based on the Bible.” None of this vitriol accompanied Bill Clinton’s presidency. Clinton could be as raunchy a philandering cracker as he wanted to be and still be God’s child, a good Southern Baptist with only a symbolic connection to his faith.

When it comes to religion and faith, white outsider status can’t compete with the black Other. I was reminded of this legacy when an African American and a white teacher got into an argument about whether or not the U.S. is a Christian nation during one of my teacher training sessions. The school where the workshop was being held is predominantly black and Latino, with a high dropout rate and a low four-year college going rate. After a high profile incident in which a gun in a student’s backpack accidentally went off in a classroom, the school was widely stereotyped by the local media as a dead end repository of lawless black and brown youth. Nonetheless, there are many students at the school who are achieving and showing leadership, contrary to the stereotype. During the discussion, the African American teacher staunchly defended the notion that the U.S. is a Christian nation. The white teacher, who is notorious for making racist paternalistic comments about students (as well as homophobic slurs about a colleague), swaggeringly proclaimed his non-belief and declared that the U.S. has always been defined by the separation of church and state. It was clear that the “outsider” white man had no fear about being ostracized for his renegade views in a fight with a preachy black teacher. The reality is that even the most abject disreputable white non-believer doesn’t suffer any racial consequences for his non-belief. There might be political consequences; but even disreputable white men don’t surrender their universal subject status over a little matter of heathenism. You might be a Godless “freedom-hating” flag burning pinko commie infidel but you were still human and still a citizen until proven otherwise. And this has been the paradox for African American non-believers. Historically, being Christian has been a de facto pathway to becoming moral, to becoming American, and to becoming a provisional citizen.