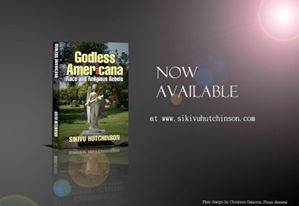 Dr. Hutchinson expertly dissects the dismantling of the American public education system, the school to prison piepline, and the failure of charter schools. Dr. Hutchinson’s Women’s Leadership Project (WLP) is a fine example of feminist civic engagement and mentoring that was typically not afforded to young women of color.
American fascism, exceptionalism and xenophobia is challenged directly with no apologies. While many shirk from addressing these issues, Dr. Hutchinson relentlessly gives us examples of the impact of these institutionalized policies that have been put in place. She gives hard facts about how the Federal Housing Authority (FHA), GI Bill, and Public Policy directly affected people of color to create and perpetuate our current wealth gap.
Dr. Hutchinson’s and Black Skeptics Los Angeles dedication to youth of color is admirable. The “First in the Family” scholarship for undocumented, LGBTQ, homeless, and foster care youth is geared toward students of under served and underrepresented students. The motivation behind this scholarship program is discussed in detail.
Godless Americana directly complements “Moral Combat,” Dr. Hutchinson’s other brilliantly written book discussing black atheists and gender politics. They are both truly ‘must reads’ and I implore you to purchase them.”

Read more about it on Goodreads.